A policy by the late King Jigme Dorji Wangchuck that was also found in his book, “When Planting an Orchard”; The primary objective in agricultural development should be self-sufficiency and maximize wealth using available land. Abandoned lands and other fertile lands should only be utilized for raising fruit and vegetable crops.

Under these guidelines, Bhutan's orchards are generally located on mountain slopes in between the cultivated fields and the forest cover, drylands in the valley bottoms, and along the mountain slope contours.

A Bhutanese recipe from The Gelephu Distillery, under the Bhutanese Army Welfare Project.
The Annual Peach Harvest in Bhutan is in the month of June and the varieties range from July Elberta, Floradsun, Nonome Wase, Shimizu, Hakuhou, and Redhaven species in Thimphu, Paro, Punakha, and Samtse 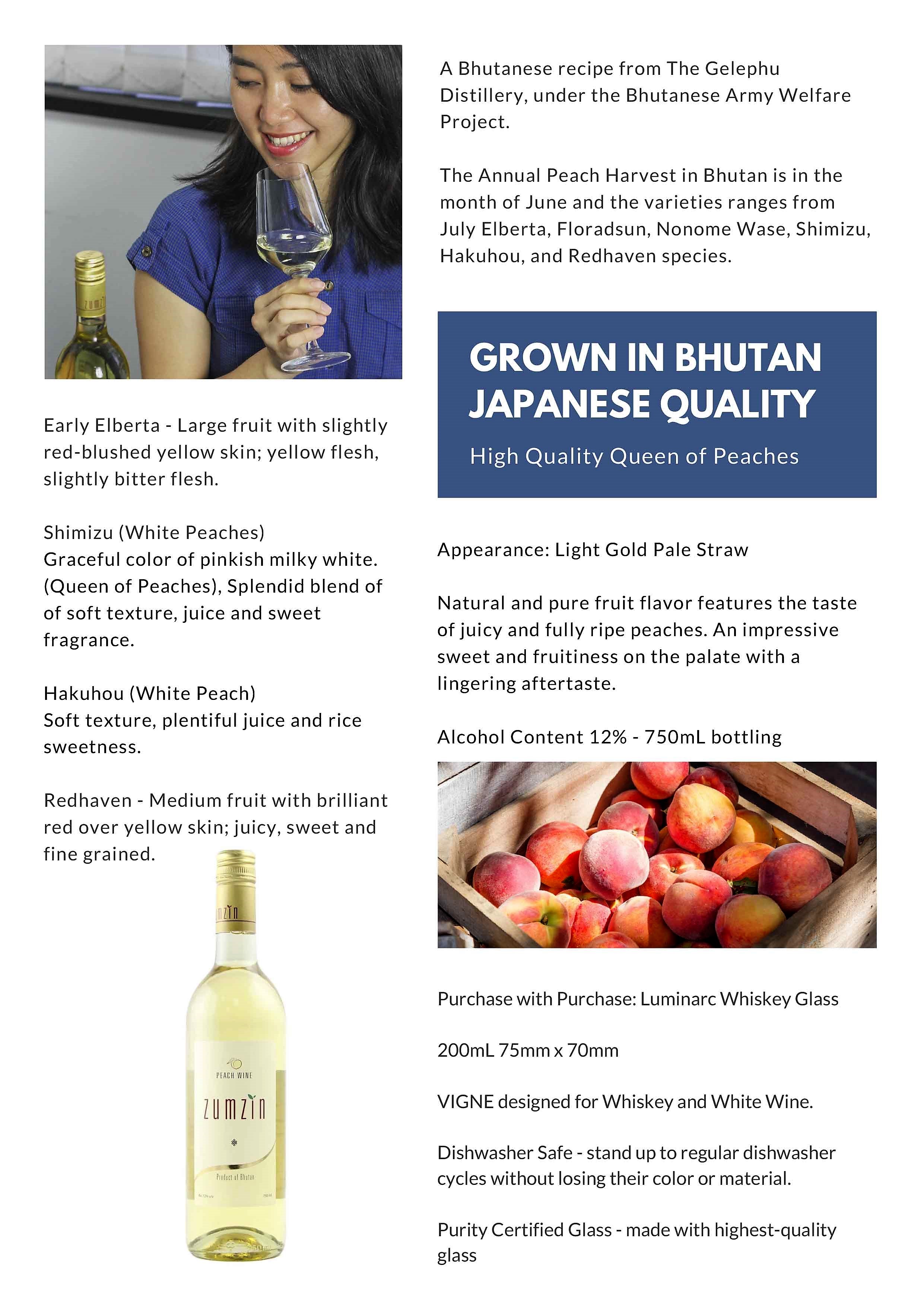 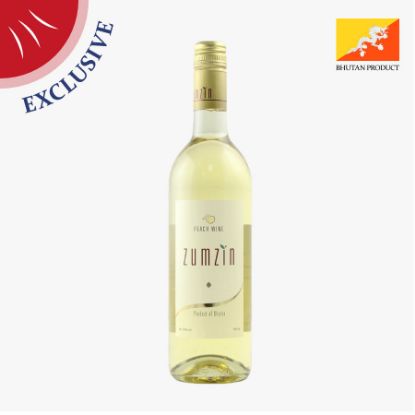